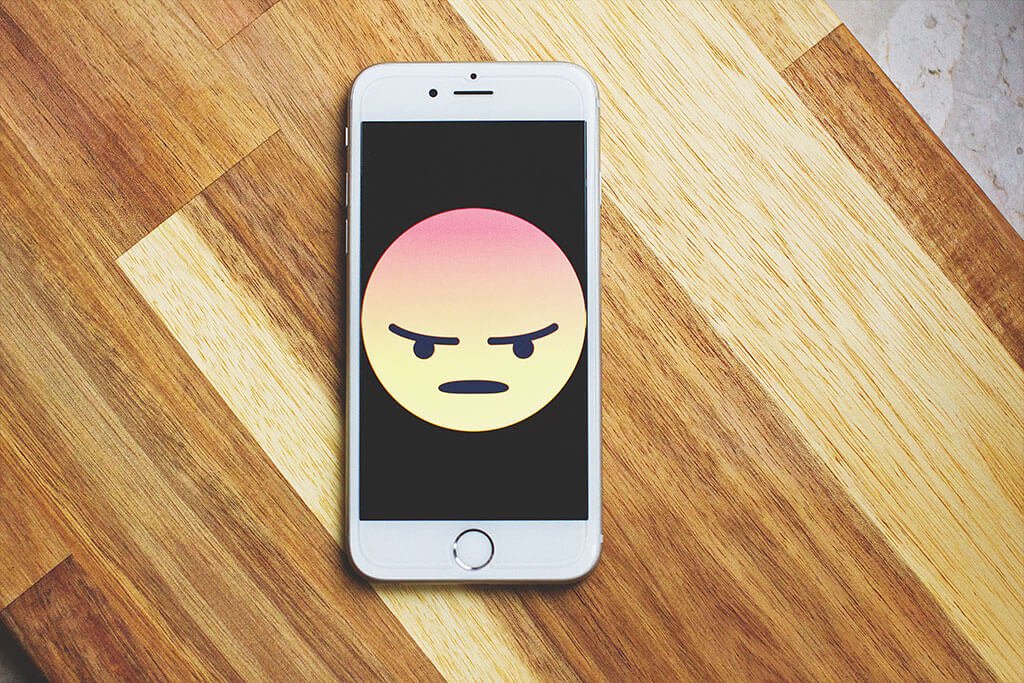 When you went into business, did you ever consider you’d have to ‘growl’ people? Or, like most of us, were you just excited about getting your team on the same jolly bus, all facing forward and singing Kumbaya from the same song sheet?

Unfortunately, most business leaders won’t get through their career without having to reprimand someone, tell someone their performance isn’t up to scratch, inform someone they’re not getting that promotion or raise, talk about something that’s gone wrong or needs to change, or, hardest of all, fire someone.

For many of us, it’s HARD having these conversations! It’s natural not to want to pull someone up on their behaviour, especially when you like the person.

I get that there can be anxiety around addressing the elephant in the room, but let’s suppose for a minute that you don’t…

Suppose you just make like the big bird and stick your head in the ground.

In fact, not addressing those very issues can end up with quadruple the number of issues!

So, how do you tackle a tricky conversation? Here’s some tips I’ve learnt over time:

Firstly, don’t do it by email! I hope I don’t have to explain why this is a bad idea..

Challenging conversations are horrible, yes, but try to think positively about it. Instead of dreading it, think of how you can turn it into a constructive conversation. If you go into it thinking that you’re going to help solve a problem for both of you, as opposed to going in geared up for a fight, you’re going to have a far better outcome.

If you think they’ll feel ambushed, set a meeting time and let them know in advance what you want to talk about, so they don’t react badly. You don’t want to put them off-side before you even begin if it means they won’t receive your message well. But don’t do it so far in advance that they spend days crippled by extreme anxiety. Make sure you make the meeting private, not public.

If you’re prone to forgetting what you need to say in the heat of the moment, have a plan. Write bullet-points of what you want to cover. Full scripts don’t work but bullet-points can help when you’re flustered or tongue tied. Then practice – if it means talking to a mirror or sharing it with a partner or mentor before you do it, go for it. It will get easier the more you do.

Get specific to avoid any grey areas. For example, if it’s regarding productivity at work, how do you define “productivity”? If it’s that they need to be doing more sales calls a month, what does that number look like to you? Conflicts are fuelled by miscommunication more than anything else.

Don’t prolong the pain by beating around the bush. While it might seem harsh diving right into the issue, you’re actually doing both of you a favour. Rip that bandaid off and be direct! Be clear about what you want to discuss and why. Leave the awkward “How’s the family? Any plans for the summer holidays?” questions for another time.

Be confident, but open to change… Go into your challenging conversation with an open mind. Consider this: you don’t actually need to talk much during a difficult conversation. Instead, focus on listening and observing. For example, if someone is late AGAIN, ask them neutral questions: “I see you’re late for the sixth time. Tell me about the challenges you’re facing.” Then listen and pause. Ask more questions. Your genuine attention will encourage people to elaborate. Then you might have a fuller picture of the story, with things you may not have known or considered. For the most part, you’ll have more success if you get people to look in the mirror, rather than poking them in the eye. People react better if they feel like their side was taken into consideration, even if it didn’t change the end outcome.

Replace judgment with curiosity. Curiosity turns an argument into a conversation. Instead of rushing to make your point, urge for more clarification. Replace rebuttals with, “I want to fully understand. Can you explain to me a bit more?”

Be specific when outlining your concerns but don’t get bogged down or turn it into a whipping session. Share the biggest issues, not ALL the little small ones that just make the conversation turn petty. Be honest with your feedback and offer concrete examples. The most clarity you can provide, the better it will be received. Once you’ve made your point, you’ve made your point – don’t keep thrashing it out.

Keep it on track. Either of you bringing up other issues or complaints will interfere with what you’re trying to achieve – bring it back to the point and keep the other topics for another conversation. Only mention the issues the person can change – there’s no point in bringing up things outside of their control to change; it will just make them feel frustrated.

Never let it feel like an attack. Stay calm. Don’t point your finger at them. Don’t clench your fists. Avoid insults, yelling, put downs or threats. Don’t use negative words like “never”, “always”, “nothing” etc. Avoid sarcasm and passive-aggressive comments – these are a surefire way to take the conversation downhill in a hurry.

Small details can make all the difference in how your point is delivered. Make sure you’re at the same eye level. Have an even, calm tone. Slow the pace of the conversation, so things don’t spiral out of control. Be matter of fact with your delivery but be empathetic. Turn your phone and Smartwatch off. Don’t do it in front of an office of peers. Make sure there’s some privacy. Have some tissues on hand, just in case.

Don’t take it personally. They might say things in the heat of the moment. Keep your head and stay focused on what you’re trying to achieve. If emotions escalate, consider taking a short break to get a glass of water or a bathroom break to just give yourself (and them) some time out. Breathe deeply.

Offer constructive solutions or alternatives. Before you head into the conversation, think about the outcome you want and whether there are any solutions you can provide. You don’t always have to have the “fix” – in fact, often it’s better to empower them to fix it where possible – but if there’s a way you can reach out and you want to, do that. If it’s about someone not getting a promotion, explain why and what they can work on to make that a possibility next time.

Follow up the next day. This can be just as scary as the initial conversation, but it’s important and powerful. Check in with the person the day after; ask how they’re doing and if they’ve had any thoughts or feedback they want to share. Often you get your best breakthroughs when there’s been time to mull it over and to allow emotions to settle.

Feeling a bit more confident? Here’s some starters that might help you open the challenging conversation. Good luck!