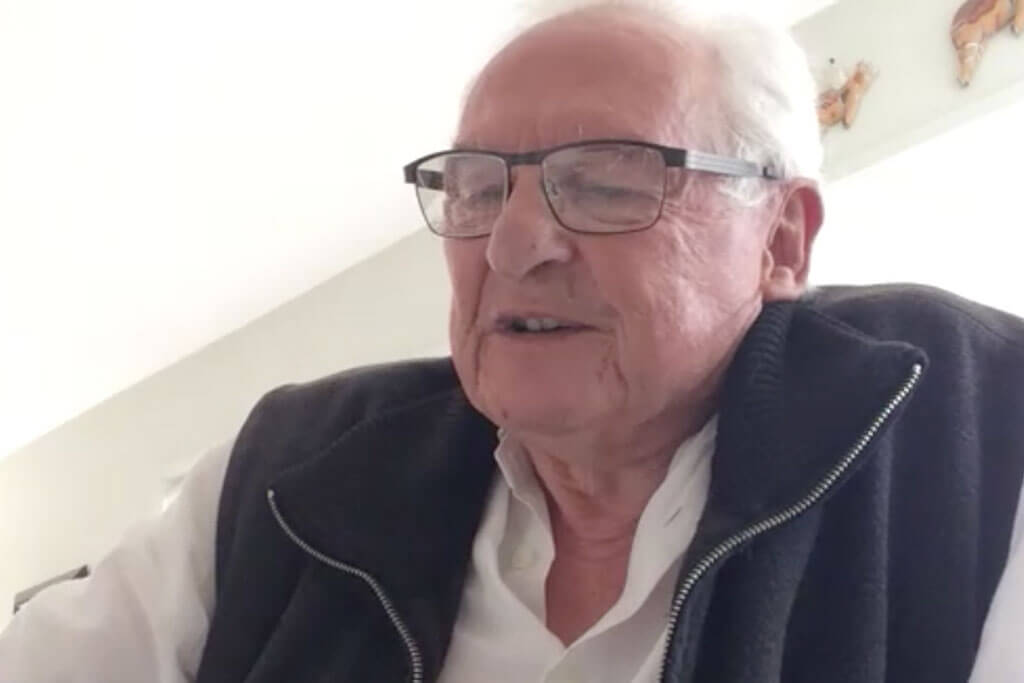 During lockdown, I convinced Tony Marks to join some of our Business Changing coaching clients on a Zoom call, to share some tales from his incredible career. Tony was the sales and marketing GM of Air New Zealand (on the exec team) for more than 10 years and then the CEO of Zespri. He then went on to launch Pacific Blue Airlines (Virgin) in NZ in its heyday in the early 2000s. Today he’s a mentor and director of many companies. He’s very, very clever and one of the best storytellers around.

In a series of 4 blogs, we’ll share his great yarns which cover business lessons learned, challenges he’s faced and opportunities he has taken advantage of. Enjoy part one of the series — it has some amazing lightbulb moments.

When I joined Zespri as CEO, we had a variety we were selling in Japan. Japan was easily the biggest market for Zespri so I made the assumption that the fact we were selling this specific variety in Japan was a good idea. Then I started, after a few months, asking some questions. It turned out that variety had been developed for Europe but it didn’t actually have the shelf life to get there. So rather than dump it all they decided to flog it in our best market, Japan. When I went to Japan and I said, “What are you doing with this variety?” they said, “Well, we’ve got a few selected supermarkets and we try and bury it as fast as we can at a cheap price and just get rid of the bloody stuff because it’s a pain in the ass”. I killed it after that discussion. The point of the story is that I’d made the assumption this was a bloody good idea that the kiwifruit company had had and I was wrong.

When I was with Alex Harvey Industries (now part of Carter Holt), they had an aluminium operation called Rylock. It was a franchise — I think there were about 40 of them — and the HR manager asked us to do some research for them. We went to a number of the franchises and asked them where they derived their business from and they replied,  “All over Auckland” or “All over Christchurch” and so on. They insisted they knew that for sure so we took their invoices from the last year and plotted their locations on a map. Out of those 40 franchises, about 35 were shocked to learn their total catchment area was 3km. Wow. They had no idea. They were still advertising about 25km away, but the real business was coming locally. Doing a bit of research on assumptions can be powerful.

Here’s a bit of a name drop. When I started with Pacific Blue, the person I met on day two was Richard Branson. We had a chat and Branson said, “Tony, congratulations on the job. I know at the moment you don’t have any staff or any aircraft or indeed any officers, but I’m sure you’ll make a success of it…” He then told me about how he walks the plane. He said, “Every plane I’m on, if it’s a Virgin Airline aircraft, I walk it — and you’ve got to do the same. It takes me about two hours to walk the plane because everybody wants a selfie or a discussion or a chat. But by the time I get to the back of the plane, I know exactly why people have given me a thousand quid instead of giving it to British Airways.”

He went on to say that with standard research, they’d interview a hundred people on Oxford Street with a range of opinions. But what you really want is people who are actually going to fly the Atlantic. “Sure, it’ll be a biased sample I get when I walk the plane, but I find out whether it was the price, the schedule, whether it was through a travel agent, whether it was on the internet. And it gives me an excellent insight into my real business because my real business is what I do today.” And Branson’s belief, and you may share it, is that your business tomorrow is going to be somewhat similar to the business you’re doing today. Now that may not be true in the current environment…

The other thing he used to do is actually talk to some of our customers by ringing them up. These days everybody seems to email but you’d be surprised how many people do in fact take phone calls. I’ve made half a dozen today and connected with everyone from Rob Fyfe to the guy who heads up the AA. I won’t bore you with why I’ve done it, but they will all take phone calls, especially in this environment.

I went to Harvard, a long time ago. Here’s a good customer assumption I had from back then. I founded a band there and one time I got a gig where we decided we would take a percentage of the gate rather than taking a flat fee. It was in the dining hall, and it was on a football weekend, so I was pretty confident we were going to do bloody well. I stuck my own guy on the gate to make sure that we got the money. I’m sitting in the dressing room with the band and one of the band disappears and looks through the curtains. He comes back with a face of thunder. “What’s that for, Jeff?” “I’ve just counted how many are out there. There’s 11.” I said, “Oh shit”. And he said, “It’s three minutes to eight o’clock and you’ve signed us up to do four 40 minute sets and we start in three minutes to an audience of effing 11.” I said, “Yep, that’s what the contract says so get your ass out there.” And they did.

So I’m sitting in the dressing room contemplating suicide or resignation and two Harvard police cops come in. (Harvard has its own police force.) One says, “We’ve got a problem.” And I said, “Yeah, I’m aware of that.” He said, “The problem is you’ve got too many people in this hall. It’s breaking the fire limit.” So I got up and have a quick look and there’s between 900 and 1100 people out there. The police were trying to throw some of them out and prevent other people joining them. We made huge sums of money that night. But afterwards, there was a bit of an inquest. What the hell had happened?

My problem — and I’ve learned from this over the years — is I wasn’t looking at it from the customer angle. When I started talking to some of my classmates, I asked them where the hell they’d been. They said, “We were there! But we were having a drink with our girlfriends in our room and waiting to hear the sub for the band, because we’re not going to sit in an empty hall waiting for you buggers to get started. So we all got there about 8.20, halfway through your first set. And it was fantastic!” Looking at it from the consumer end, people never turn up to parties at the advertised time, do they? It taught me that you have to look at it from a marketing perspective, from the consumer end, not from your end, and try and work out what their motivations are.

One more story of an assumption: At Virgin Blue, we did a deal with the government of Samoa to become their airline. We knew we were up against Qantas and Air New Zealand, but still we knew we couldn’t go along with most of what Samoa wanted — you have to take all our staff, you have to take our aircraft, you have to do this, you have to do that. That wasn’t the Virgin way of operating. But anyway, negotiations were a bit tight, but we got a deal done and we became the airline of Samoa, right through until last year. What I didn’t know until six months later is that the Samoan government and cabinet had rejected Qantas and rejected Air New Zealand because of the terms they wanted. So we, in fact, we were the only player that they had. So here I have been negotiating, thinking we’re in a three-way fight, whereas in reality, it’s just us. Question the assumptions.